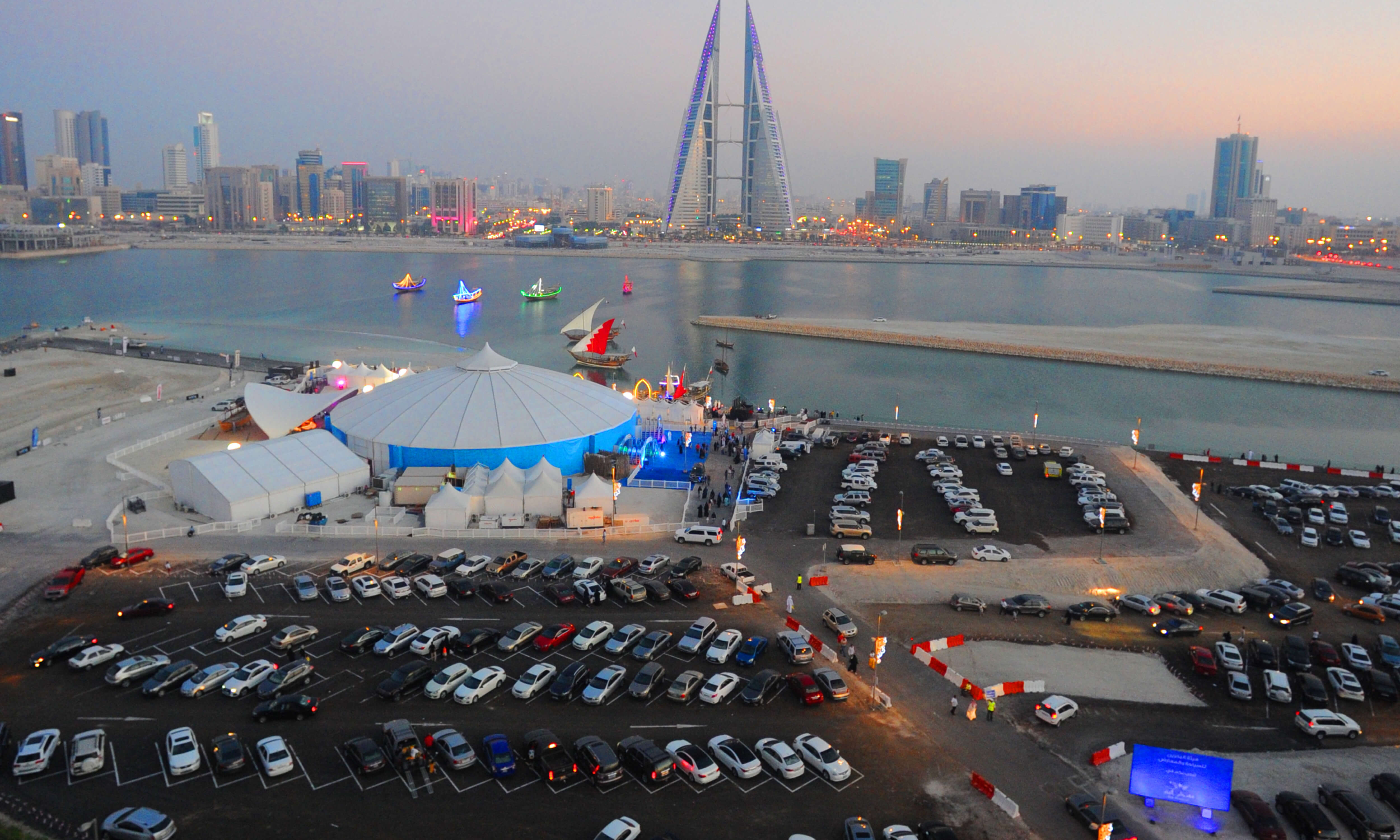 Throughout the ages, the pearl has retained its appeal as a symbol of wealth, luxury and glamour. The enigmatic gem is so abundant in this region that Middle Eastern cultures have enjoyed a long history with pearls. Archaeological evidence dating back 6,000 years shows that people in the Arabian Gulf were sometimes buried with a pierced pearl resting in the right hand. Sorting, classifying and selling pearls to local or international buyers rested in the hands of experienced merchants. In the 19th and 20th centuries, several other key figures played important roles in the great pearl market towns.

Sorting, classifying and selling pearls to local or international buyers rested in the hands of experienced merchants. In the 19th and 20th centuries, several other key figures played important roles in the great pearl-market towns. 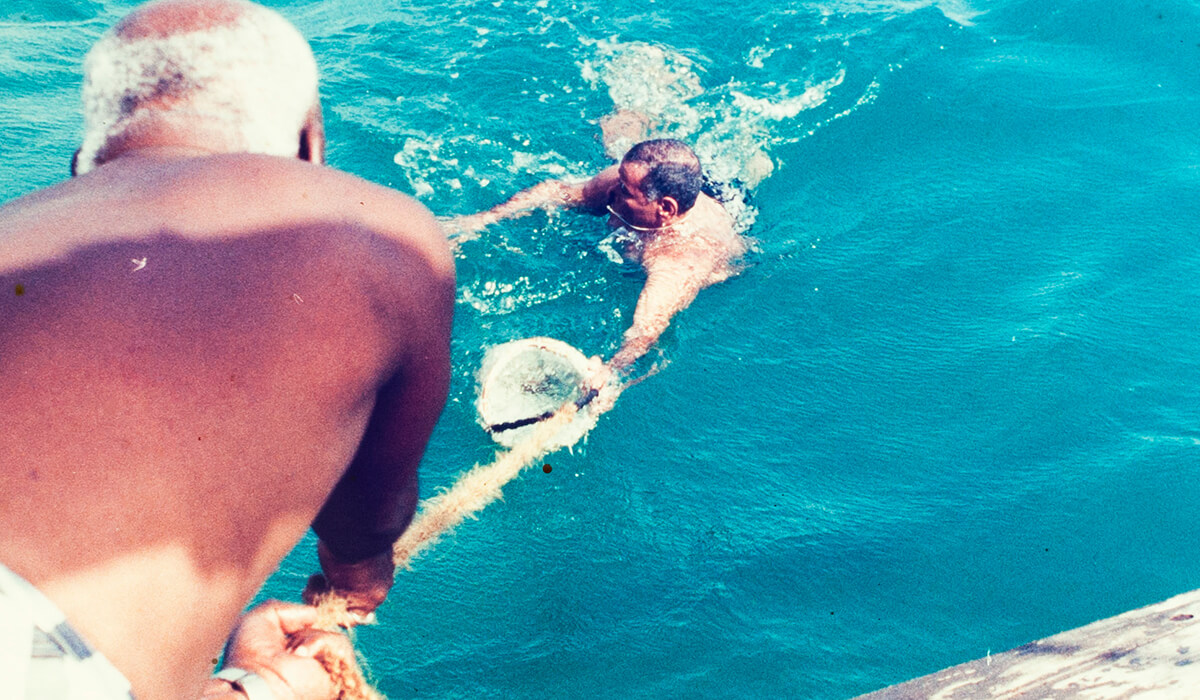 The Tajir: a land based trader who gave loans to the captains and who was entitled to buy all the pearls of the catch at a reduced price.
The Tawwash: a seafaring merchant who wandered the seas and ports during the pearling season in the hope of making a good purchase at lower prices in the absence of competitors. The Tawwash also traded water and other provisions at sea for pearls.

The Dallal: acted as a broker between the Tawwash and the Tajir and often took a commission from both the buyer and seller.

The Muthammin: interceded to determine the value of the catch in cases where a Merchant and a Captain disagreed. 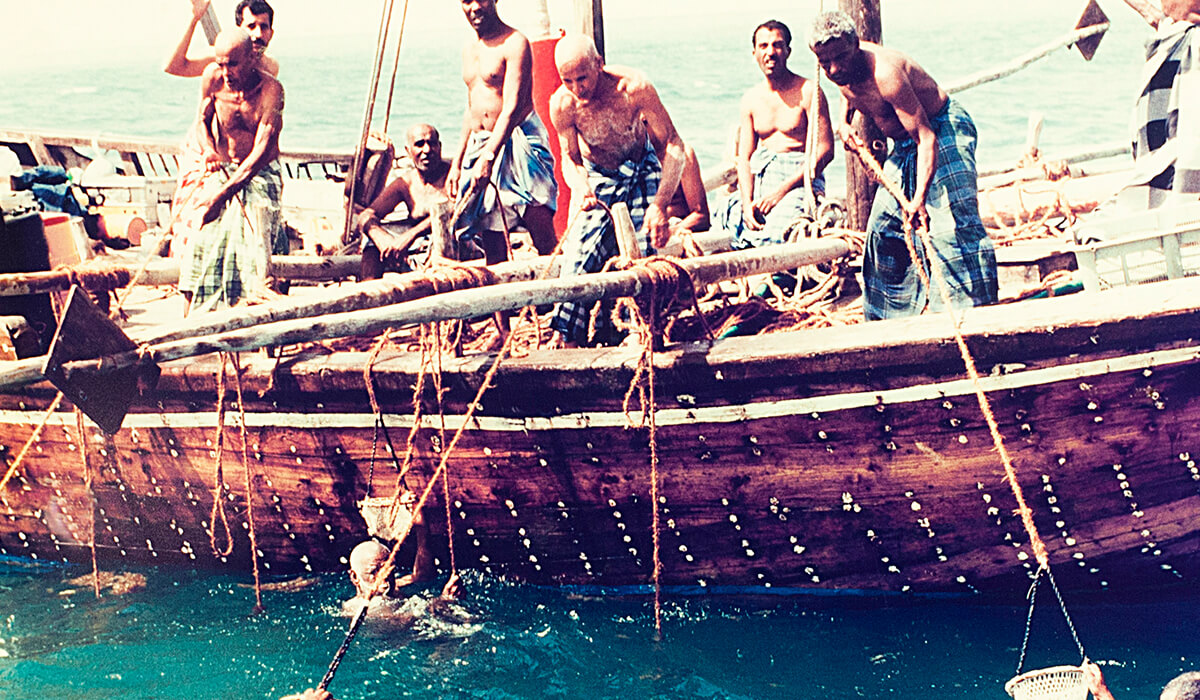 Merchants carried a cloth bag, also known as a dasta or khirja, that contained equipment to determine the value of pearls. This traditionally red bundle of cloth typically contained:

Scales (mizan): a small set of weighing scales
Weights (awzan): typically made of polished stone such as agate or brass
Pearl Sieves (tasat): graded brass sieves used to sort the pearls by size before being sorted by colour and class
Pearl Scoops (mighrafa): used to pour pearls into the sieves or into storage cloths
Red Cloth (khirja): used to hold the pearls. Red was the colour of choice as it was believed to offset the beauty of the pearls
Jeweller’s Loupe (adasa): used to examine and work on the pearls
Merchant’s Chest (bishtakhta): a compartmentalized chest used to store the merchant’s equipment and bags of pearls
Chao Book (daftar al-awzan): leather-bound books that contained sets of tables that could be used to obtain the chao value for a pearl according to its weight.

Types of pearls
The pearls of the Gulf were viewed as the finest in the world, especially those that came from the shores of Bahrain.

Dana or hasba: a fine pearl

Jiwan, G1: the most superior and consistently shaped pearl that shows excellent lustre

Golwah: not as consistent in shape or as lustrous as the Jiwan pearl, it is the second most superior kind of pearl

Khashra: lowest grade of pearls that are usually not used

Badla: a pearl irregular in shape

Na’em: a perfectly round small pearl

Bukah: small, irregularly shaped pearls that come in a variety of colours 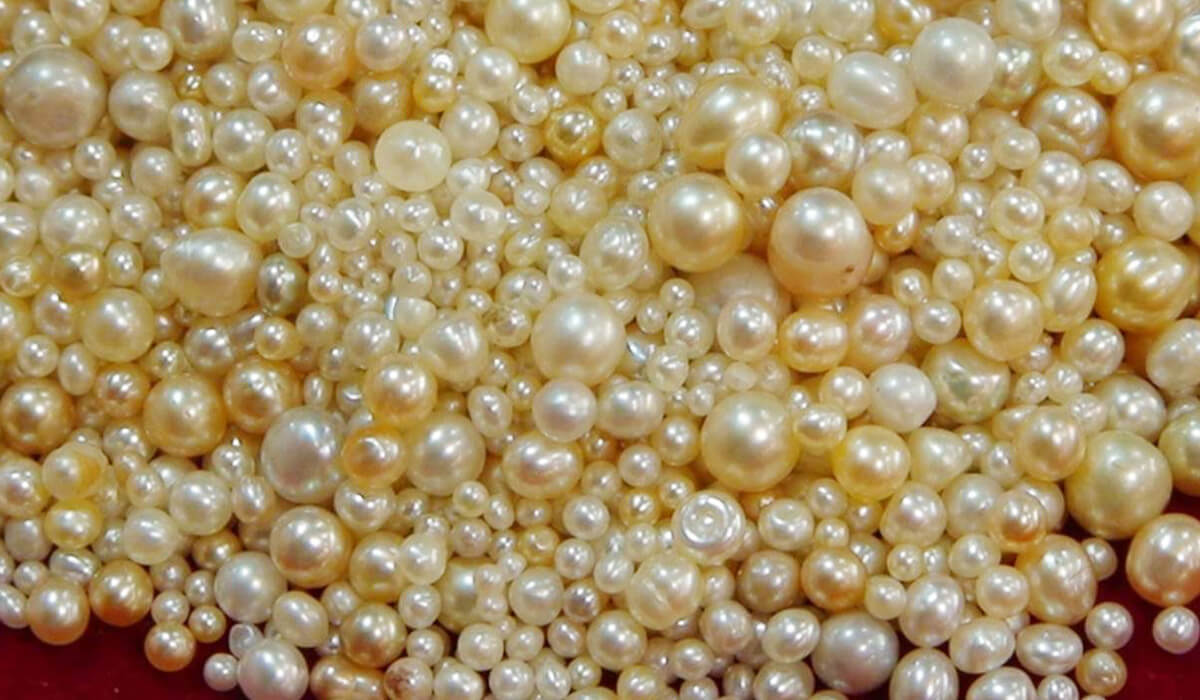 Asfar or Ashagar: a light yellow

Samawi: any colour with a hint of a blue tone

Basali: white but not entirely pure

Zujaji: white with some transparency 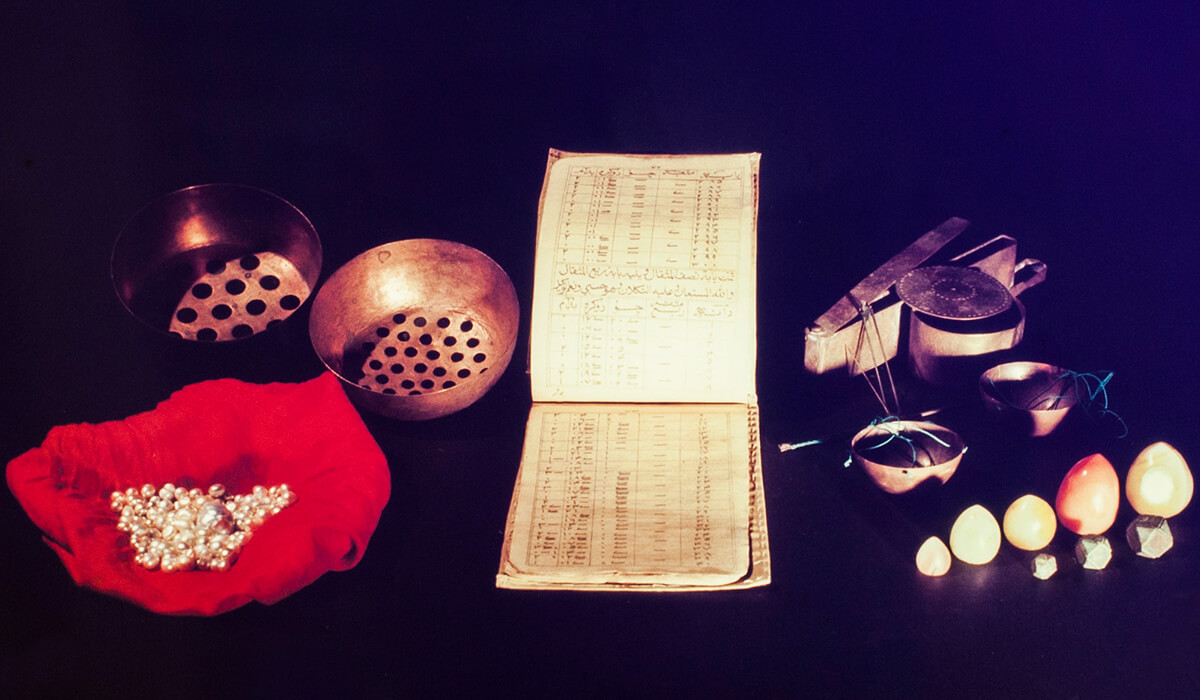 After the pearls are sorted by size and colour, the price can be determined by a number of characteristics, mainly: 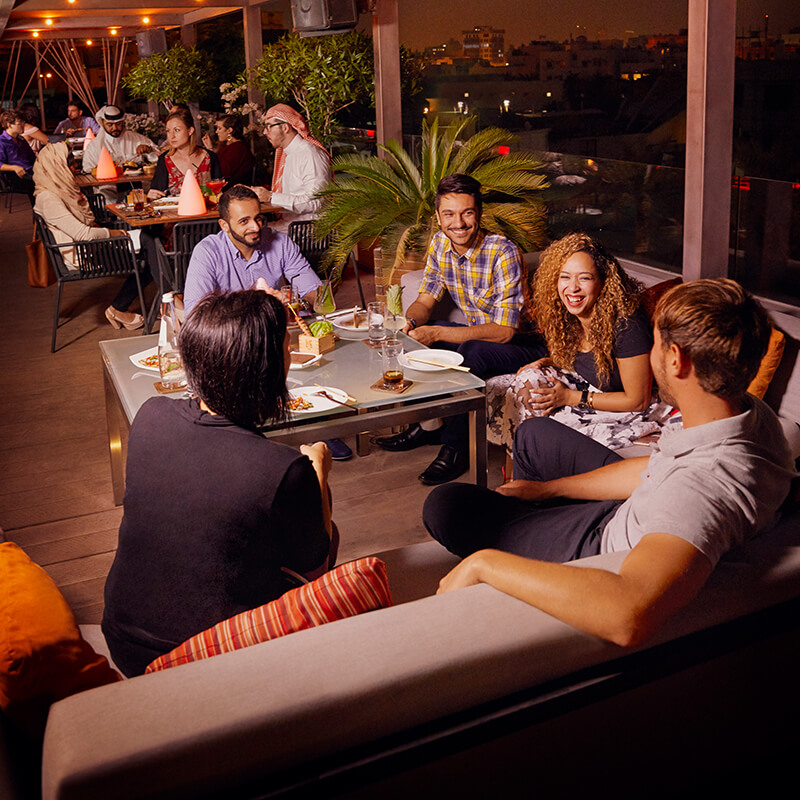 Our ingredients.
Your Experience. 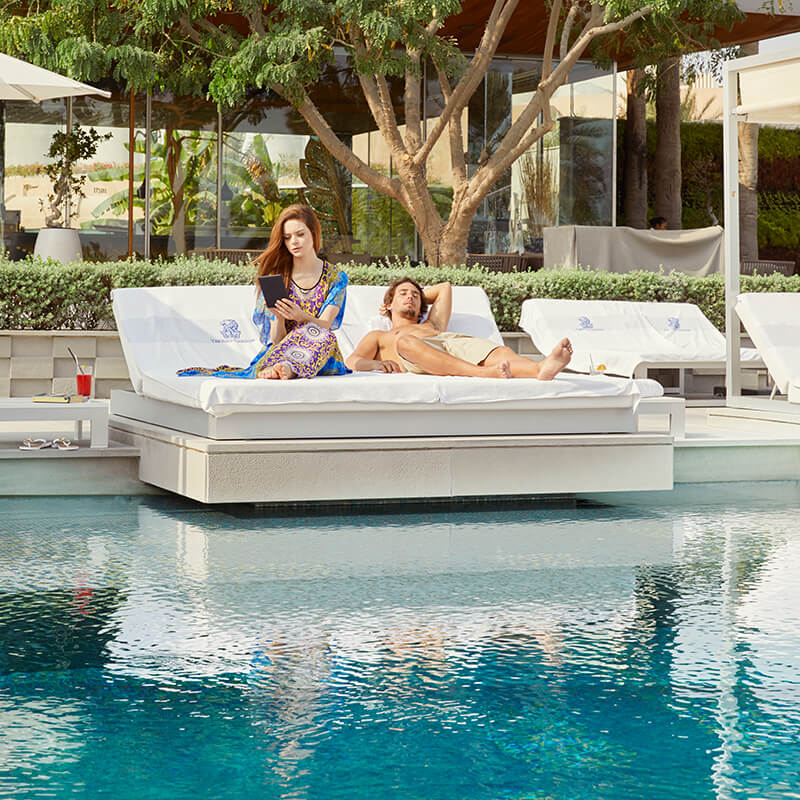 Our Hospitality.
Tailored to you. 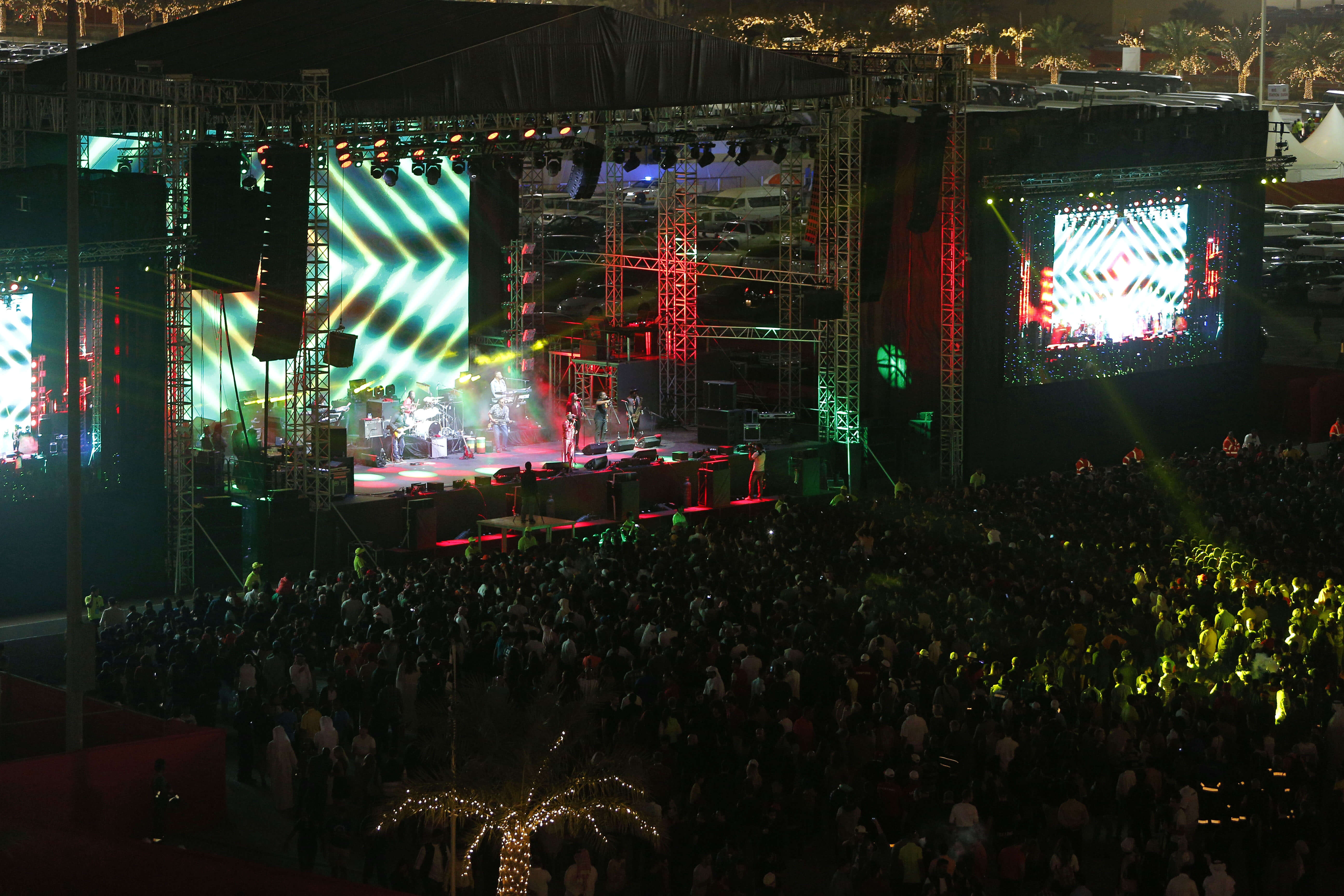