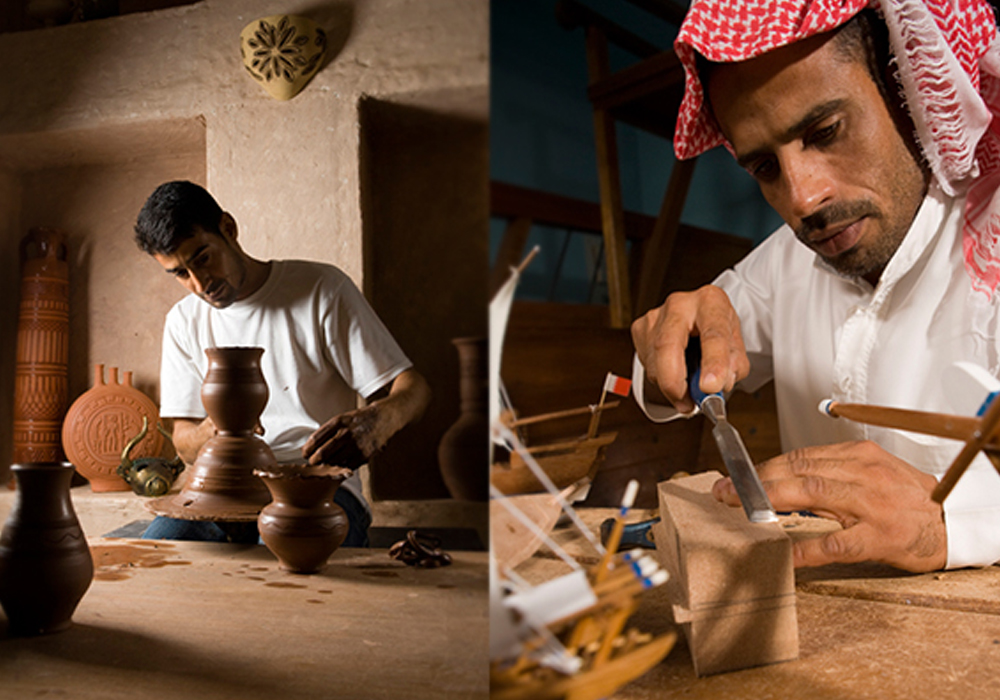 The traditional crafts and industries are regarded as a cultural-and promoting product. These traditional crafts and industries are not only a manifestation of civilization, but tools for the expression of the society’s culture and authenticity. They are a true component of the collective cultural memory that features the stages through which the society has passed. The Craft Industries Development Centre, located in the heart of the capital Manama was found by the Ministry of Industry & Commerce in the year 1990 after it had been renovated. Before that, it was the premises of the first technical school in Bahrain. The Ministry has taken up this project to help preserve creative skills of Bahraini men and women. Also, it was used to encourage Bahraini men and women to develop their creativity by supplying them with workshops free of charge and selling their items on their behalf. The items produced in these workshops are on display for sale at the Center's gallery. Further, you may also find in the gallery handicrafts that were produced at home. The workshops at the Center are open for anyone who would like to visit and have a look at the process of producing the items on display.