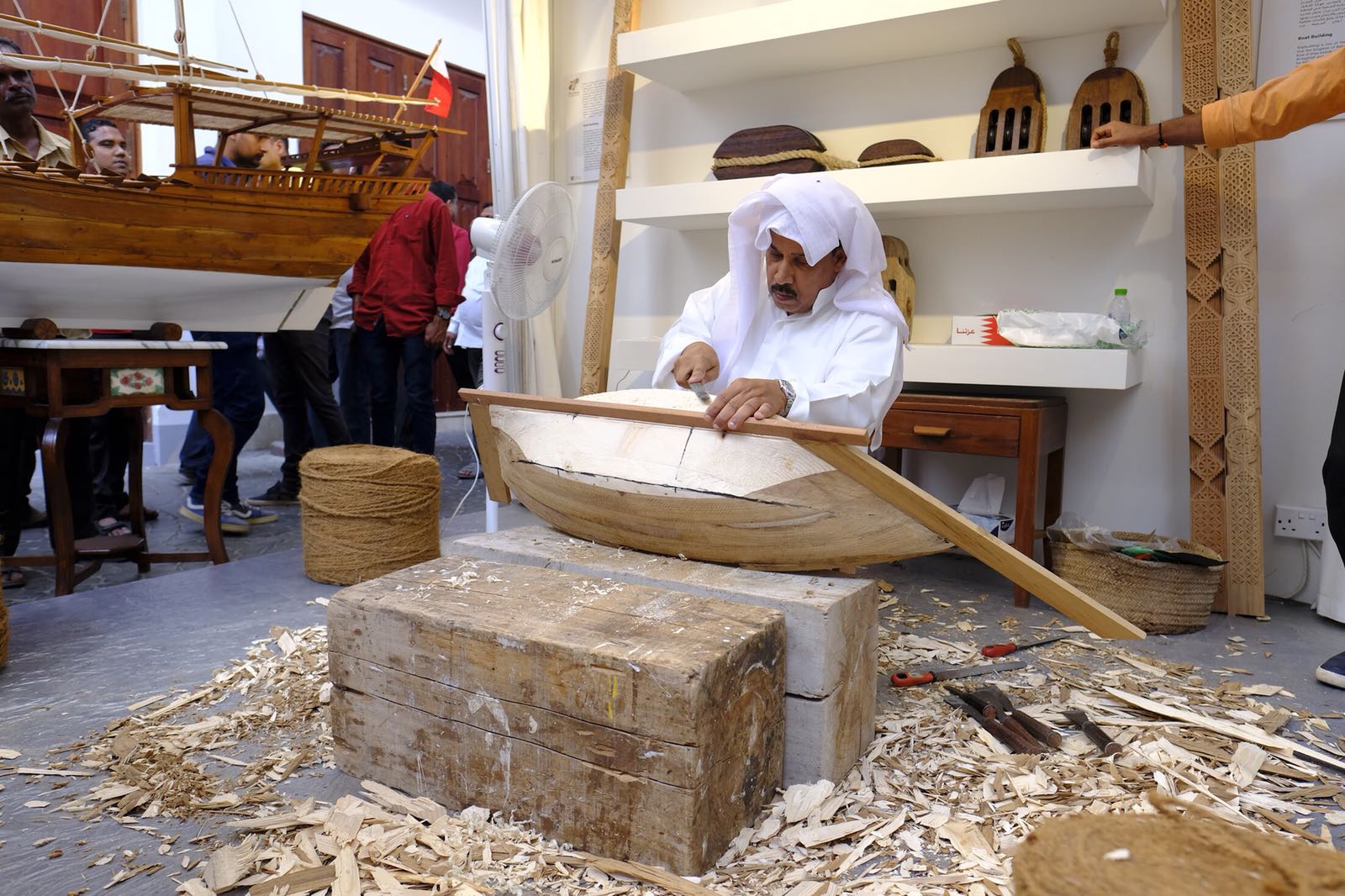 Today, it has become necessary to maintain the traditional crafts as an industry. Previously, Bahraini artisans were able to achieve self sufficiency in various handicraft industries. It was the nature of Bahrain's climate and geographical characteristics, that played an effective role in the prosperity of crafts professions. In addition to expansion of those industries locally and regionally, creating the handicrafts' markets was inevitable to contain the variety of industries under one roof. These markets have been named after the occupations of artisans, such as the blacksmiths market, the Altnakah market, the goldsmith market, the gypsum market, and the Tawawish markets. Each village or town on the island became known for a particular craft, such as the textile industry in Bani Jamrah, basket weaving in Karbabad, pottery in A’ali and AlSaffah in Jasrah. Manama and Muharraq are famous for vessel industry and related tools.