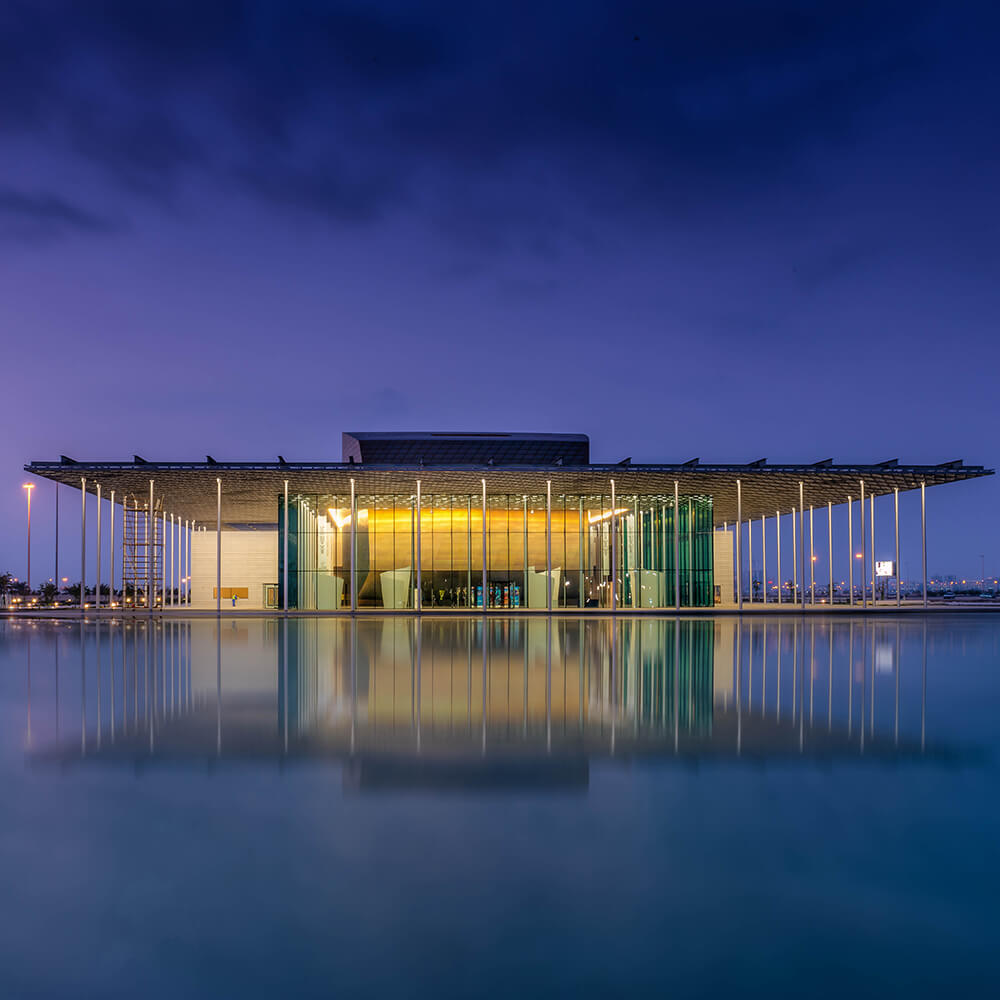 Bahrain National Theater opened in November 2012 under the patronage of His Majesty King Hamad bin Isa Al Khalifa. The theatre hosts a number of global performances from some of the world’s foremost artists, such as the Orchestra of the 21st Century of Russia, legendary composer Yanni, Spanish opera superstar Placido Domingo, the Bolshoi and Mariinsky Ballets from Russia, and Il Divo. Built on an area of about 12,000 square meters overlooking the sea, the 1,001 seat theatre is located next to the Bahrain National Museum. The National Theatre’s unique architectural design and wood covered interior walls draw inspiration from the tales of 1,001 Arabian Nights. The theatre is the third largest opera house in the Arab world after the Cairo Opera House in Egypt and the Royal Opera House Muscat in Oman.